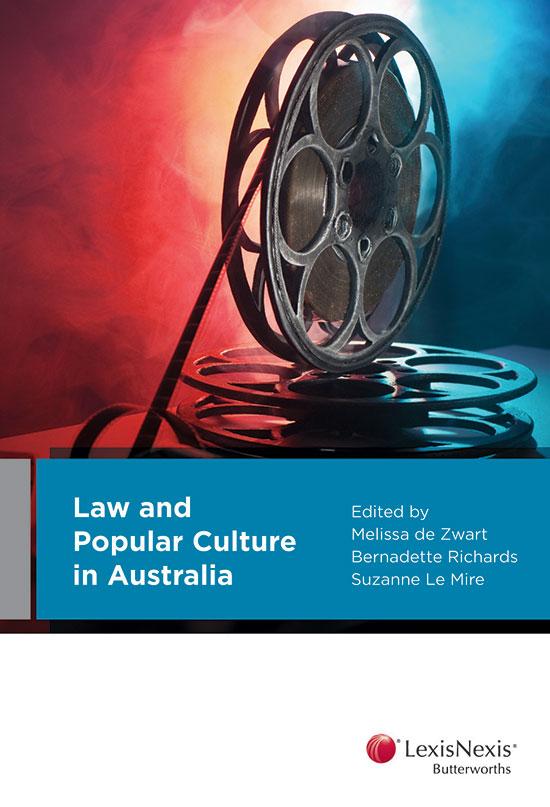 Art holds up a mirror to society. The way that lawyers and the profession are portrayed in popular culture influences both the law and how the public interacts with it.

This is the premise behind “Law and Popular Culture”. Have you ever wondered about the principles of natural justice at play in a Zombie apocalypse? What the Wolf of Wall Street says about government financial regulation? and does a loveable rogue like Rake make the public think lawyers will bend the rules given the right circumstances?

Law and Popular Culture is not a work that will assist in general practise. However its contents are extraordinarily interesting to practitioners and fans of popular culture alike. The depiction of lawyers in works of fiction affects the public perception more so than lawyers often wish. If heeded, the understanding of the interplay between the public perception and fictitious depiction can assist a practitioner in understanding their clients expectations and pre-conceived notions of the way that practitioners operate.

In every depiction of the inevitable zombie apocalypse, the survivors choose certain laws to survive whilst others fall to the wayside. As a mild example, planning laws are obviously ignored to allow survivors to barricade their residence and often concepts such as provocation or self-defence hold up a bit better during times of extreme crisis but are still treated more flexibly.

This work is the only I have ever encountered that has compared the work of Plato (“Justice is an objective more valuable than masses of gold”) to the philosophy of
Dr Hibbert where the “smartest have no power and the stupidest run everything”. The U.S. conceptions of law and justice inevitably influence public perceptions through their cultural dominance but this text does give Australians credit generally for realising that US pop culture works are a tad more prone to being overly dramatic.

Law and Popular Culture is more of an anthropological study of law than a useful practise guide, but none of that diminishes the fact that it is an immensely interesting read.